How Does A Septic Tank Work 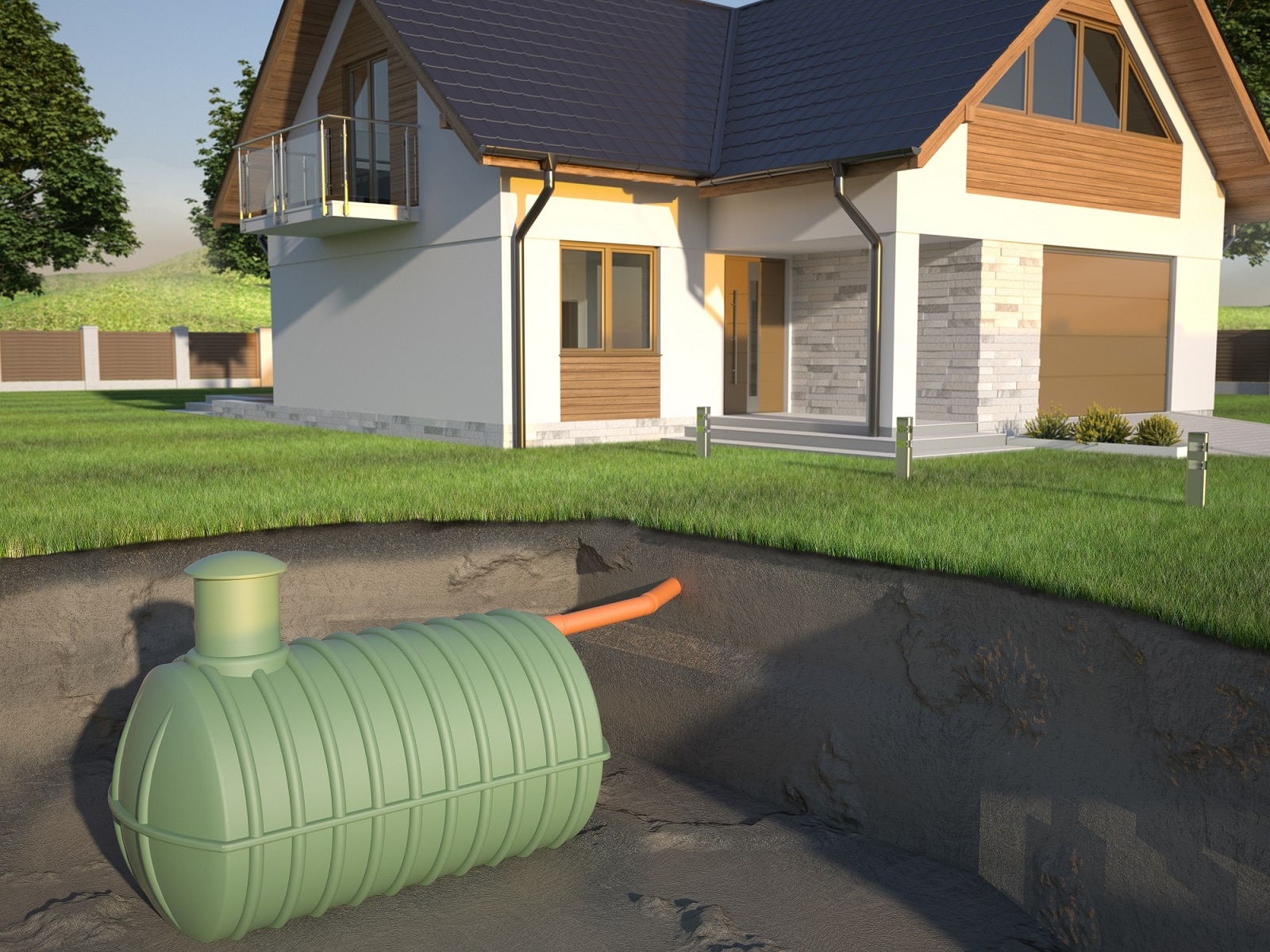 The septic tank goes back to 1860, when John Mouras built the first one in France.  It was such a success that by 1970 when the Clean Water Act was passed, about 25% of the homes in America were served by septic tanks.  It’s now 27% because of the expense of sewer systems. That’s tens of millions of homes using septic tanks, a major part of our wastewater infrastructure.  The concept is pretty simple.  It’s just a tank in the ground that receives all the liquid waste from a house.  The toilets, sinks, and showers drain out and into the tank.

What are the Different Components of a Septic System? 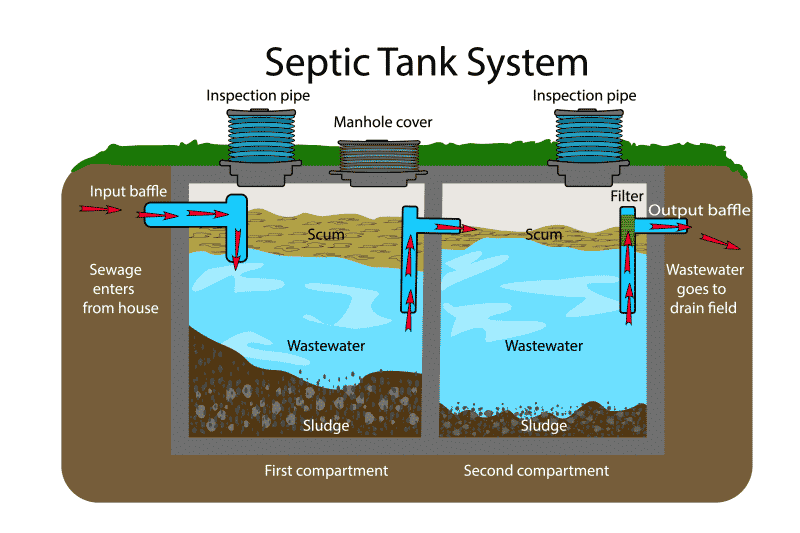 Septic systems are made out of five key components:

These components work together to ensure that wastewater is properly treated and can safely be reintroduced into the environment. If any aspect fails, it can cause a huge number of issues. Each component plays an important role in the functionality of a septic system.

The inlet chamber is the first and largest part of the tank.  It is used to retain as much of the heavy solids as possible. This includes toilet paper, feces, food from the kitchen, etc.

This wall separates the inlet chamber from the outlet chamber.  It has an opening at a middle depth so that the liquid portion of the tank, between the top “scum” layer and the bottom ” sludge” layer, passes to the next chamber.

This second chamber provides extra time for the separation and settling of solids.

The leach field usually consists of trenches that are about three feet deep.  The trench is filled with one foot of gravel, and a perforated pipe is laid on the gravel.  The liquid flows out of the tank and down the pipe to spread over the gravel.  It then flows through the gravel to reach the soil and percolates into the soil.  The trench is covered with topsoil, so there is no public exposure.

Bacteria in a Septic Tank:

The bacteria in a septic tank primarily come from human intestinal bacteria in the feces; any bacteria that we allow to live in our guts has to be benign.  That means they cannot eat very much food.  After all, they would be starving us in the process if they were efficient at breaking down solids.  Instead, they consume large molecules by breaking them down into smaller fragments that we can then import through our intestinal linings.  In effect, they feed us by making sure their leftovers are just right.  In a waste treatment system, the object is to digest the waste completely, so once in the septic tank, they aren’t much help.  Only anaerobic bacteria from the feces survive in the tank.  They are very inefficient and do little more than liquify some of the particles in the waste. Proteins can be broken down into ammonia, but they do very little.

Gut bacteria are not well adapted to perform any real function in a septic tank.  They digest some of the material and generate methane gas.  This floats some of the material and creates the “scum” layer. You can buy bacterial spores in the hardware that people add to septic tanks.  These need oxygen to germinate, so they are a waste of money.  Any effect they have is short-term due to the enzymes that come along with the bacterial blend.  These are produced when they grow the bacteria, and it is too expensive to purify the bacterial spores by removing the enzymes, so you get them in the blend.

How do you maintain a septic tank?

A septic pump truck has a large tank and a 3″ diameter hose that goes from the truck tank into the septic tank.  A powerful vacuum pump at the truck sucks the material from the septic tank into the truck tank.  This can suck both the liquid and the solids out of the tank.  It is recommended that tanks be pumped every three to five years or as needed, depending on their load.  Some people never pump until the system fails. This can be a dangerous game as they have to pump since the liquid is backing up into the house.

There is very little active maintenance other than pumping.  More important than thinking about maintenance is knowing what NOT to put into the tank.  Things like Handi-Wipes are terrible.  They can clog pipes going out of the tank. If something is listed as ‘flushable’, do not believe them. If it’s not toilet paper or human waste, don’t flush it down your septic system.

What Happens When a Septic System is Clogged?

Septic tanks themselves do not tend to be clogged. What happens is the trenches within the leach field begin to fail. Within the first year of the septic trench’s life, the bottom lets very little water through, so the liquid goes out the sides.  Then, as they fail, the liquid starts to pool in the trench, and slowly, sometimes over decades, they fill up, and no liquid can leave the tank, leading to the tank filling up with more and more waste. Eventually, it gets so bad that the liquid backs up into the house or breaks out into the lawn.  Anyone who has experienced this knows how foul that can be.

Why Do Septic Systems Fail?

The primary reason a septic system fails is mucus accumulation over time, called “biomat” failure. The bacteria in our guts secrete a tremendous amount of mucus to protect their cell walls from the acids and enzymes in our stomach.  They produce a lot more mucus than almost any other bacteria.  And in the septic tank, they secrete more to protect themselves from oxygen, which can poison anaerobic bacteria.  So, even though our septic tanks keep the solids in the tank, that mucus becomes dissolved in the liquid portion of the waste and goes out into the leach trench. This means the tank does not keep it out of the leach field.  Over time, this mucus creates a slimy layer inside the leach trench where the liquid meets the soil.

Also, if you do not pump your tank as often as you need, the scum and sludge layers get thicker and thicker.  The liquid layer between them disappears and septic solids, like toilet paper and feces, go out and clog lines, soil, and distribution boxes.

Another source of failure is when homeowners are using antibiotics or chemotherapy agents.  These are designed to kill bacteria; if that happens, you don’t get the scum and sludge separation, and solids go out into the leach field. Homeowners also need to be careful not to rinse paint from working on the house or use excessive amounts of chlorine that can kill the tank.

Signs Your Septic System is Failing

There are many indicators that your septic system is starting to have problems. The earliest sign your septic system is failing is often evidence of green lush grass over the leach trenches when the rest of the lawn is drier. The next sign of incipient failure is when you open a tank and see the level of liquid in the tank higher than the bottom of the pipe that leaves the tank. This shows that the leach field trench is full.  Sometimes, you will see seepage coming up into the yard. The ultimate clue is when your plumbing backs up into the house. It’s important to be aware of any changes in how your septic system is behaving, as cleaning up after the plumbing backs into the house is an incredibly unpleasant task.

What to Do if Your Septic System is Failing?

Typically, the first thing you should do if your septic system is having problems is pumping the tank.  Next, you can jet out the leach lines to remove some of the sludge if needed.

At this time, the SludgeHammer can be introduced to completely clean and preserve the soil for the future. The SludgeHammer ABG goes directly into the septic tank, typically in the first chamber.  Air is delivered to the unit via PVC pipe from a small whisper-blower near the house.  This only draws about 50 watts of electricity.  The SludgeHammer Blend™ bacteria are placed in the unit and then grow in the tank, cleaning the liquid and eliminating odors.  They then go out into the leach trench and consume the slimy biomat clogging the soil. The SludgeHammer can be used to rejuvenate any leach field that is clogged with biomat.  However, it will not fix structural issues such as broken pipes.

What Makes SludgeHammer Different From Other Septic Solutions? 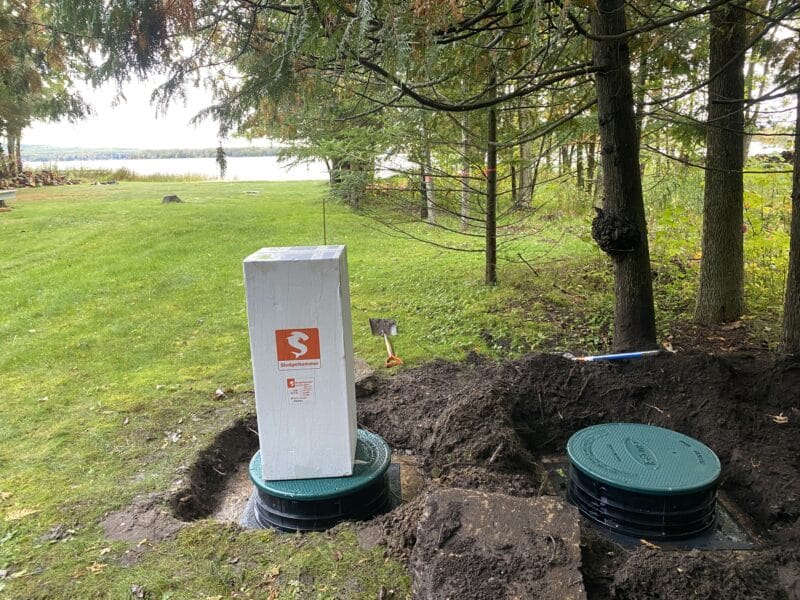 Until the invention of the SludgeHammer, the only way to fix failed leach systems was to dig them up and replace them.  In mature landscaping, this was an incredibly expensive disaster.  SludgeHammer uses biology to fix a biological problem.  It works quietly inside the tank using air from a blower that the homeowner cannot even hear.  No heavy equipment is used, so the landscaping will not damage.  The odors in the septic system disappear because it is no longer a “septic” tank.  The bacteria recover and then protect the leach field soil, much like an insurance policy.  The quality of the liquid improves to the point where it now becomes a valuable commodity and can be recovered with irrigation systems like sub-surface drip, which both waters and fertilizes landscape vegetation.

The SludgeHammer provides aeration, mixing, and food from the waste so the bacteria inside can flourish in the tank, and then we have a steady supply to send out the leach field soil.  With the power of the SludgeHammer, all your clogging problems will be solved! Contact us today, and we’ll connect you to one of our approved and qualified distributors and installers. 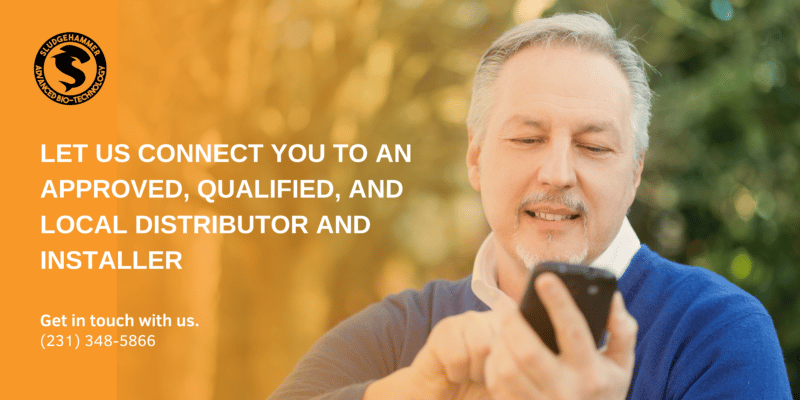 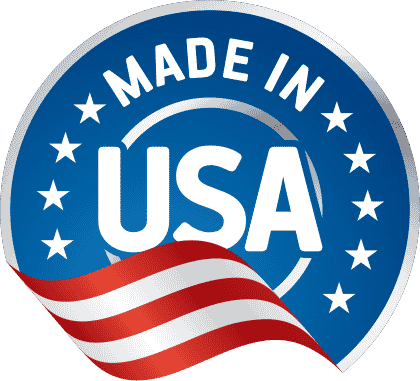